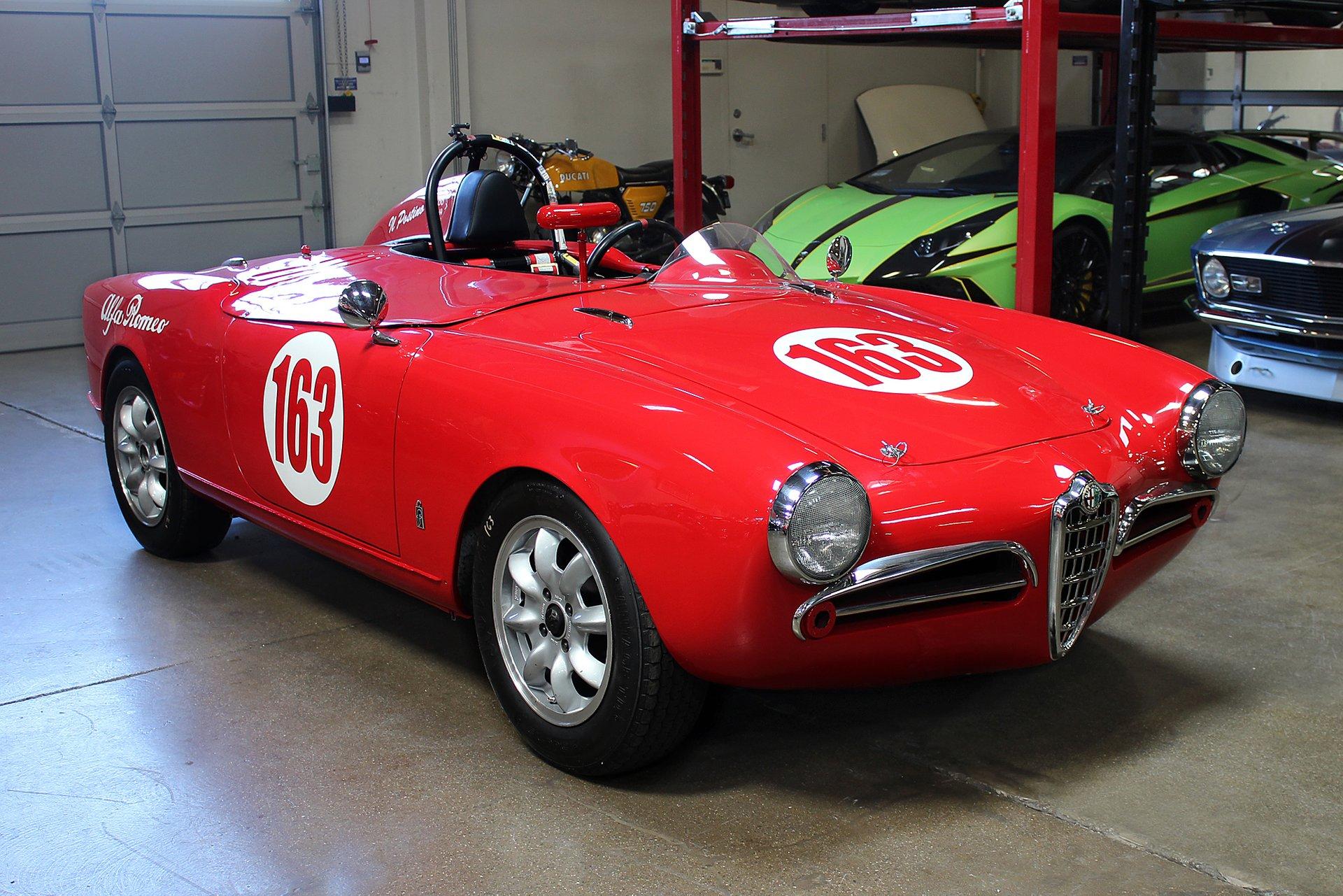 163 as its referred to, is a historic Alfa Romeo Giulietta 750 Spider that was the 163rd off the production line and is the oldest known Giulietta Spider still racing. It is listed as the seventh oldest overall.

It was campaigned for many years in SCCA Competition before it was restored to Vintage Racing Specification in 1990 by SCCA National Champion, Al Leake. Christened â€œIl Postinoâ€ by Al in honor of the owner at that time, Rick Beress.

Rick acquired the car in 1974 and it had previously been raced since the 1950's. Rick raced the car in SCCA and then in vintage races until he retired and sold it to the current owner, Michael Vogel in 2009.

Since then 163 has had new paint and tender loving care but remains as it was when handed on. 163 has been campaigned actively in the last seven years with numerous visits to the Monterey Rolex Motorsports Reunion, Sonoma Historics, CSRG events and twice at SVRA National Historics at the F1 Track in Austin Texas, the Circuit of the Americas. ((COTA)

The vehicle is fitted with a tonneau reproduced from the original alloy cover of the 1956 Mille Miglia car. The car is equipped with a headrest fairing duplicated from the 1956 Sebring version. This configuration was raced at the Sacramento Road Races in 1956.

Interior has been freshened up

Motor runs strong but is on its fourth season

Transmission is a built by Steve Schwitters and is in great race shape.

Many distinguished drivers including Carroll Shelby, Phil Hill, and Bill Pollack campaigned the Alfa Spiders successfully over the next few years. Even today, after the passage of more than 62 years, a race prepared Alfa Spider is a formidable foe.

Alfa Romeo was present at the birth of sports car competition in the in the United States and remains a staple of vintage racing throughout the world. 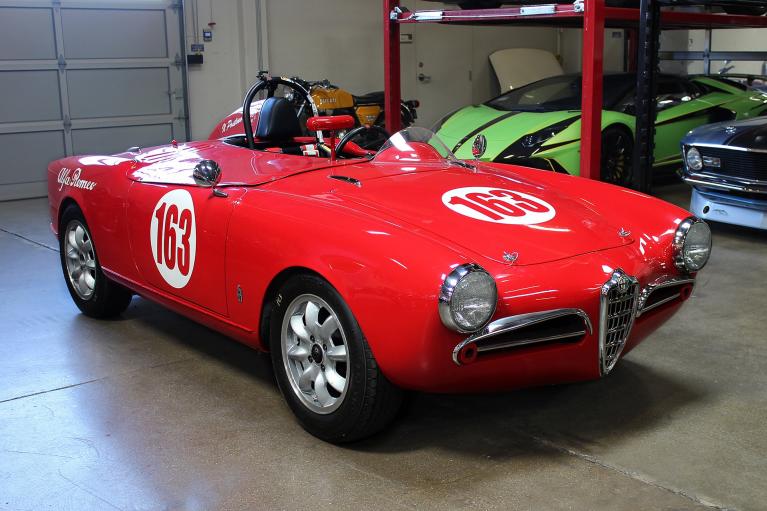 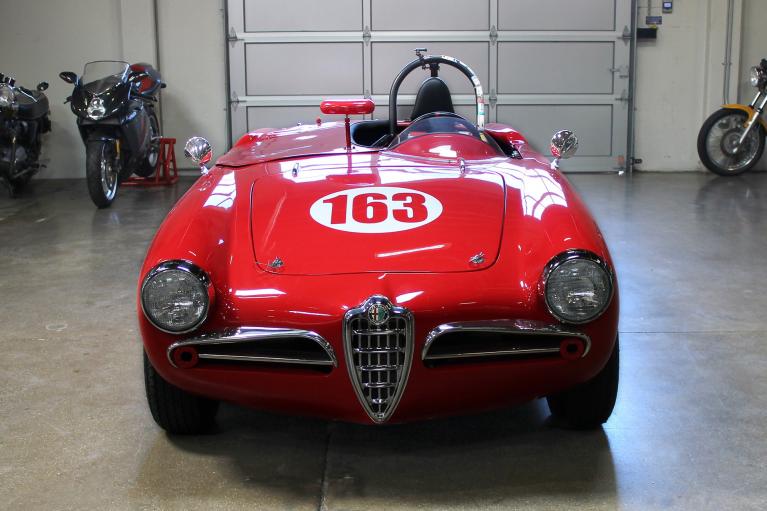 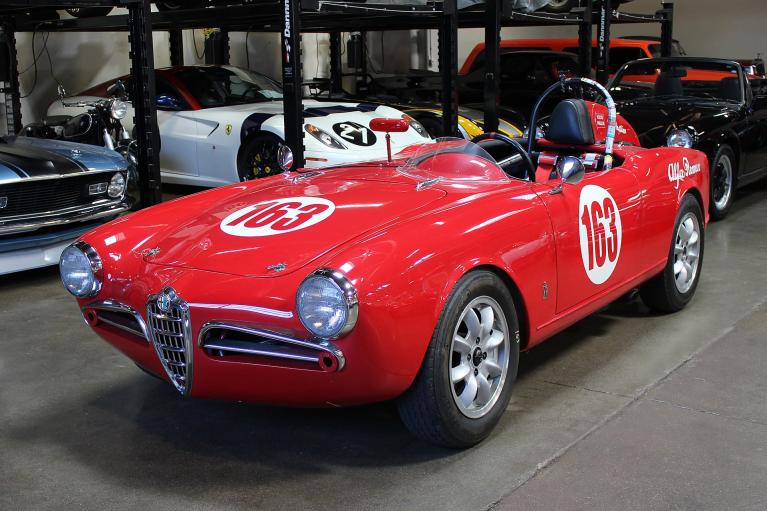 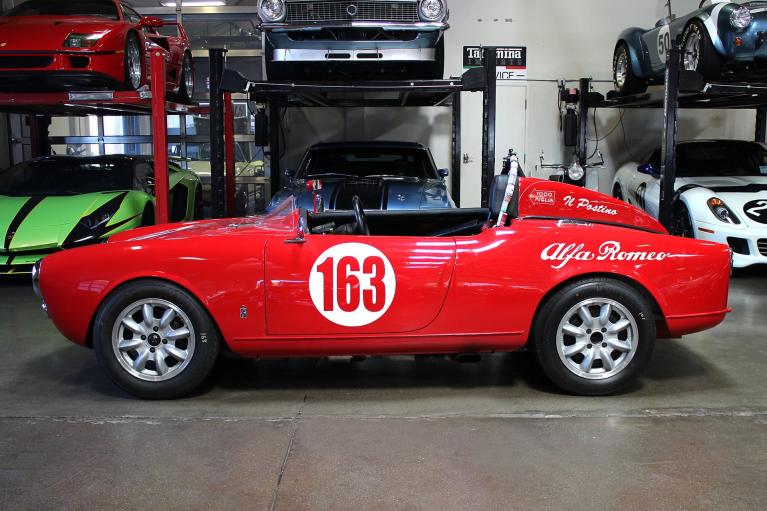